In collaboration with the Hult Center for the Performing Arts and the City of Eugene, we are deeply saddened to announce that we are canceling our performances of Tosca on March 13 and March 15. We are very disappointed that we are unable to bring our production of Tosca to the community this weekend.

Given Oregon Governor Kate Brown’s order canceling events with more than 250 people – and our concern over the growing threat of this fast-spreading virus—we must make this difficult and painful decision. Your safety and well-being, and that of our cast, crew, orchestra, venue staff and others, remain our priority.

We concluded our final dress rehearsal just last evening after weeks of hard work and months of planning. This opera would have been a stellar event, bringing world-class talent to Eugene to join our gifted and dedicated professionals in performances never to be forgotten.

As you can imagine, the cancellation of our biggest production of the season has potentially devastating financial impacts for our small company. The majority of the costs of this production have already been incurred, and we will not benefit from box office revenue to offset these costs.

The Hult Center will automatically refund the price of your ticket at the point of purchase; however, we hope you might consider supporting Eugene Opera by making a contribution to the Opera. You can do that directly on the Eugene Opera website at eugeneopera.org or by sending a contribution to the Opera at 1590 Willamette Street, Eugene, OR 97401.

We remain grateful to our Eugene Opera community—our patrons and donors, our performers and staff—as we work together to overcome this challenge and bring extraordinary artistry to Eugene.

In difficult times, our strongest asset is the support of our community. We’re proud to be Eugene’s Opera. 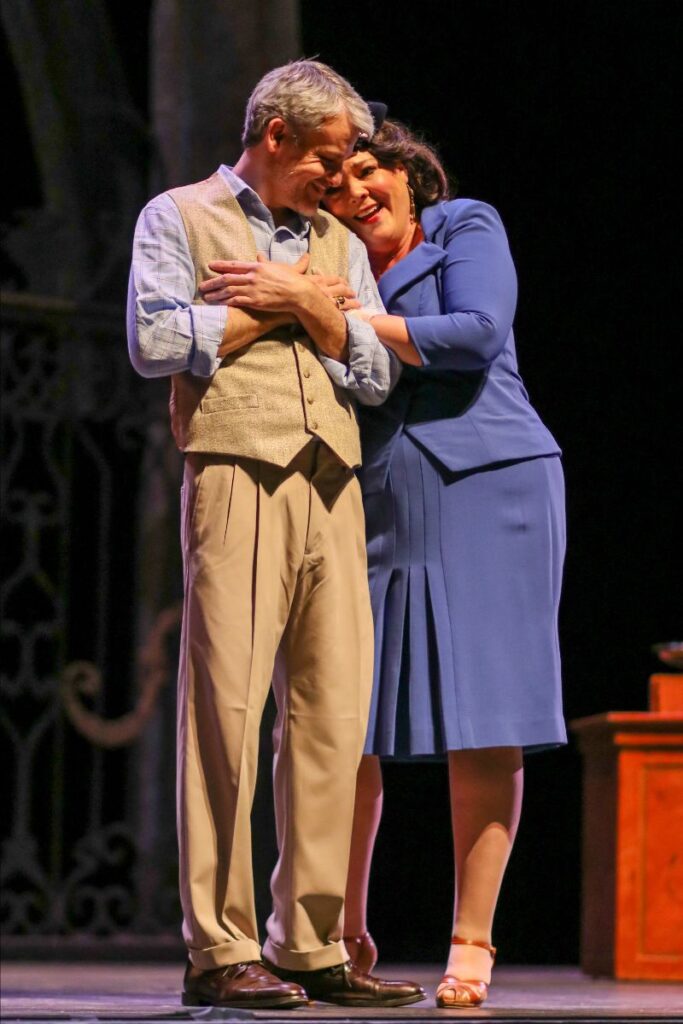 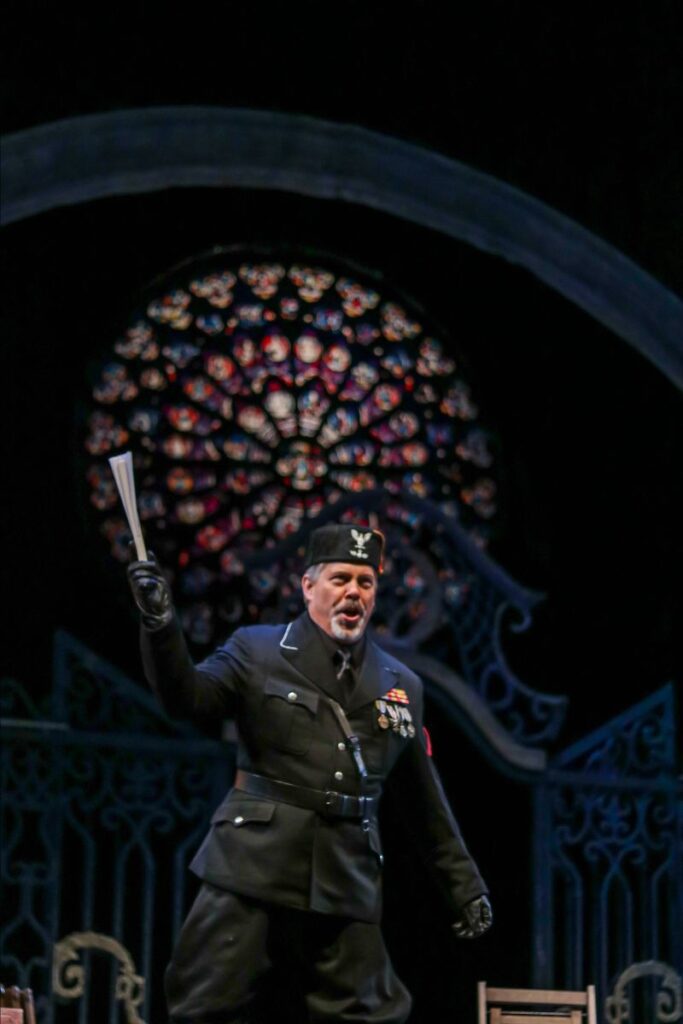 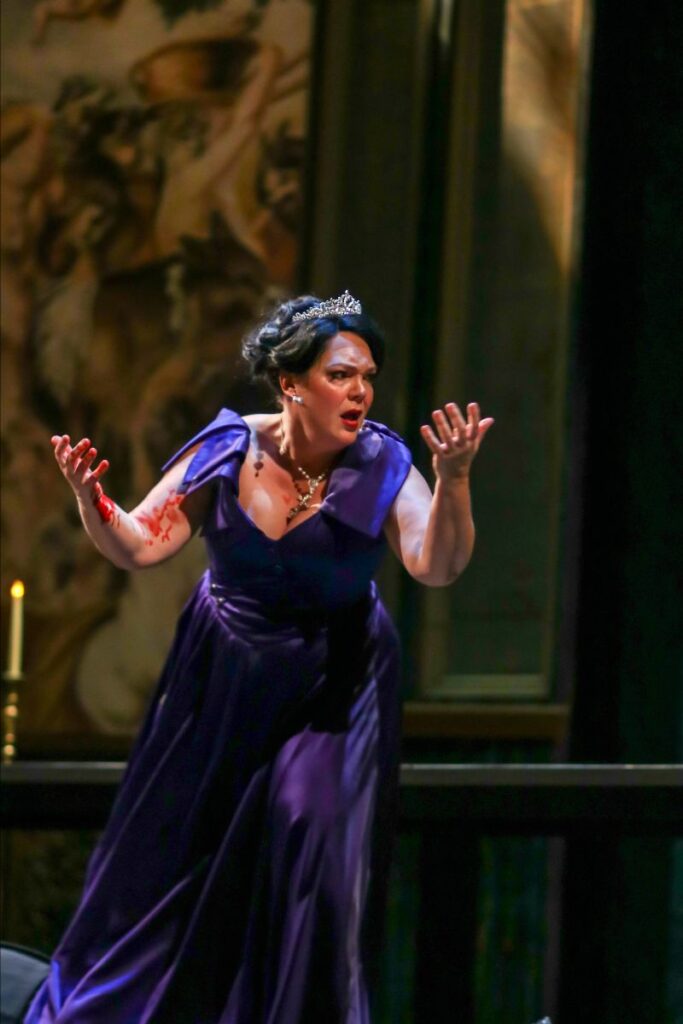 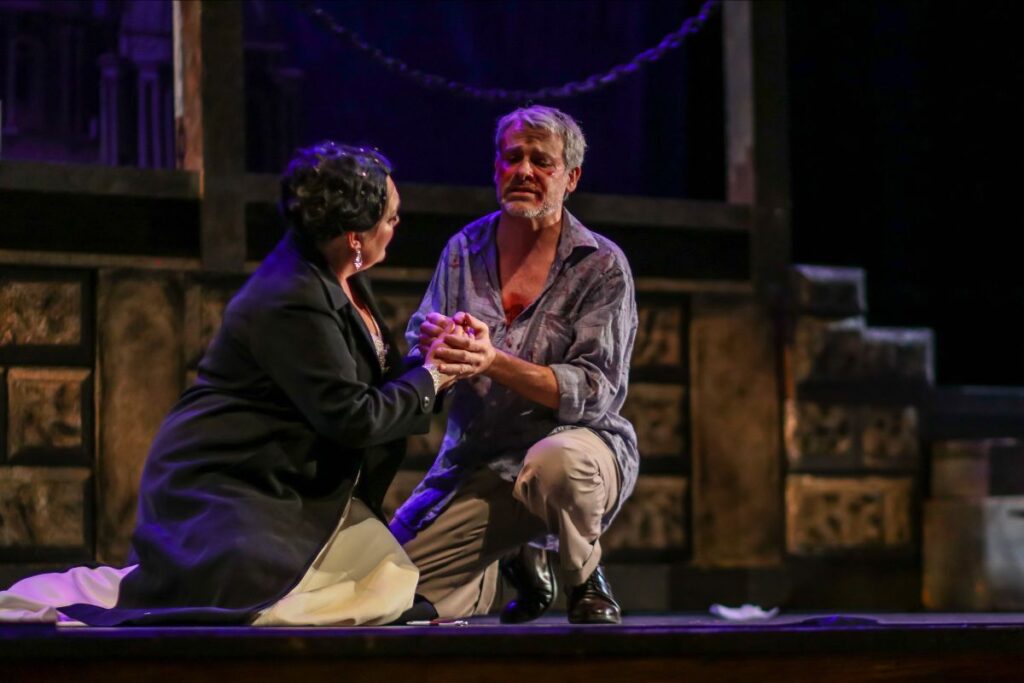 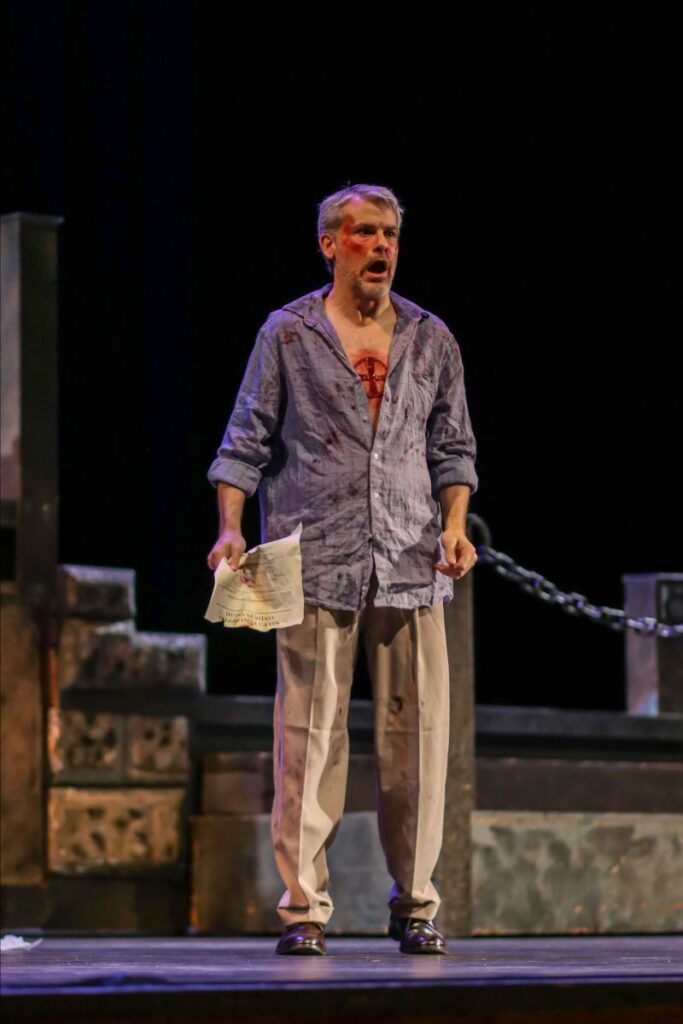 Eugene Opera is proud to present Giacomo Puccini's Tosca, a masterwork of the romantic Italian repertoire. The opera will transport you to 1930’s-era Italy, where political unrest is brewing. The soaring melodies and rich orchestra scoring evoke the lengths to which one woman will go to save the man she loves.

Act I Rome, June 1943. Cesare Angelotti, an escaped political prisoner, rushes into the church of Sant’Andrea della Valle to hide. Once he has disappeared, a sacristan enters and then the painter Mario Cavaradossi, who sets to work on his portrait of Mary Magdalene. The painting has been inspired by the Marchesa Attavanti, whom Cavaradossi has seen in the church but does not know. While he works, he compares the dark-haired beauty of his lover, the singer Floria Tosca, to that of the blonde Marchesa Attavanti. Angelotti, ventures out and is recognized by Cavaradossi. The painter gives him food and hurries him back into the chapel as Tosca is heard calling from outside. Suspicious, she jealously questions Cavaradossi, then reminds him of their rendezvous that evening at his villa. Suddenly recognizing the Marchesa Attavanti in the painting, she accuses him of being unfaithful, but he assures her of his love. When Tosca has left, Angelotti emerges from the chapel. A cannon signals that the police have discovered the escape, and he and Cavaradossi flee to the painter’s villa. The sacristan enters with choirboys who are preparing to sing in a Te Deum that day celebrating a victory. Their excitement is silenced by the arrival of Baron Scarpia, a high-ranking military official, who is searching for Angelotti. When Tosca comes back looking for Cavaradossi, Scarpia shows her a fan with the Attavanti crest that he has just found. Finding her suspicions confirmed, Tosca bursts into tears. She vows vengeance and leaves as the church fills with worshipers. Scarpia sends his men to follow her to Cavaradossi’s villa, where he thinks Angelotti is hiding. While the congregation sings the Te Deum, Scarpia declares that he will bend Tosca to his will.

Act II In his study at the Palazzo Farnese, Scarpia anticipates the pleasure of having Tosca in his power. The spy Spoletta arrives, explaining that he was unable to find Angelotti. Instead he brings in Cavaradossi. While Scarpia interrogates the painter, Tosca is heard singing at a royal gala in the same building. Scarpia sends for her and she enters just as Cavaradossi is being taken away to be tortured. Frightened by Scarpia’s questions and Cavaradossi’s screams, Tosca reveals Angelotti’s hiding place. Cavaradossi is carried in, hurt and dazed. Realizing what has happened, he angrily confronts Tosca, when the officer Sciarrone rushes in to announce a defeat for Scarpia’s side. Cavaradossi shouts out his defiance of tyranny and is dragged off to be executed. Scarpia, calmly resuming his supper, suggests to Tosca that he would let Cavaradossi go free if she’d give herself to him. Scarpia insists, when Spoletta interrupts: faced with capture, Angelotti has killed himself. Tosca, now forced to give in or lose her lover, agrees to Scarpia’s proposition. The baron orders a mock execution for Cavaradossi, after which he is to be freed. As soon as Scarpia has written a safe-conduct for the lovers, Tosca kills him and quietly leaves the room.

Act III At dawn, Cavaradossi awaits execution at the Castel Sant’Angelo. He bribes the jailer to deliver a farewell letter to Tosca. Overcome with memories of love, he gives in to his despair. Tosca enters. She explains to him what has happened and the two imagine their future freedom. As the firing squad appears, Tosca instructs Cavaradossi how to fake his death convincingly. The soldiers fire and depart. Tosca urges Cavaradossi to hurry, but when he doesn’t move, she realizes that Scarpia has betrayed her and that the bullets were real. Spoletta rushes in to arrest Tosca for murder. She cries out to Scarpia and leaps from the battlement.

The Hult Center is located at One Eugene Center, Eugene OR 97401. Main lobby entrances are off 6th and 7th Avenues, with the ADA accessible ramp on the 6th Avenue side.

Additional parking within walking distance can be found in the Diamond Parking lots located at 8th & Olive, 7th & Olive, 6th & Willamette, 5th & Charnelton and 5th & Pearl. Street parking can also be found around downtown Eugene and is free after 6:00 PM.

The LTD downtown bus station is located three blocks from the Hult Center. Taxis can pick up/drop off at either the 6th or 7th Avenue entrances.