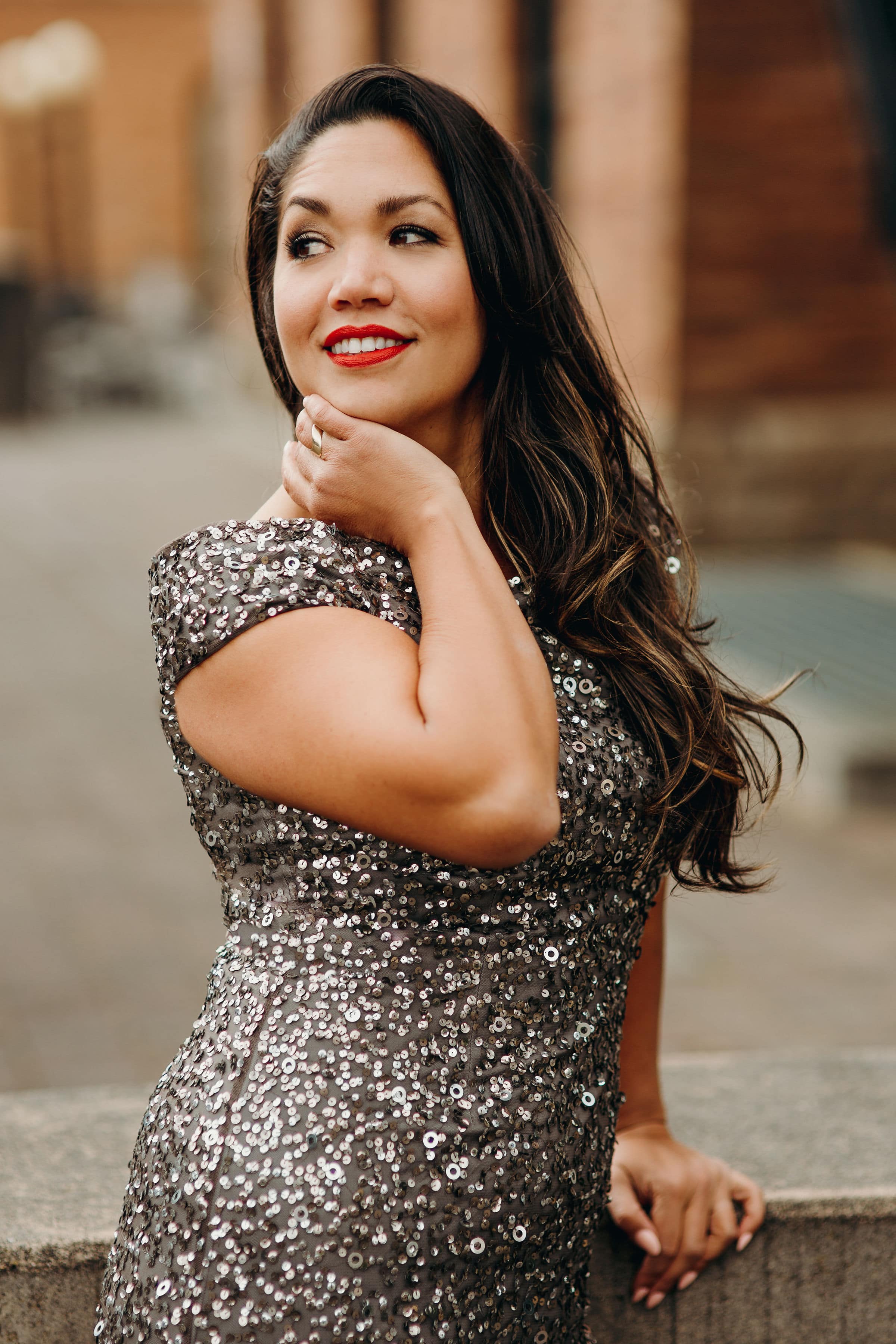 Acclaimed by the New York Times as ‘radiant’, American Soprano Vanessa Isiguen will return to the title role of Madama Butterfly in the summer of 2021 with Eugene Opera. She previously made her Florida Grand Opera debut as Cio-Cio-San, garnering praise from Palm Beach Arts, stating, ‘Isiguen’s Butterfly was moving and beautifully sung… she has a big fresh voice with plenty of stamina for an opera that requires her almost constant presence, and serious acting chops that made her lovable, believable, and tragic on the stage…the performance was a triumph, and the audience loved her.’ She was subsequently featured as a soloist at the Royal Opera House at Covent Garden, UK singing the famous aria ‘Un bel dÌ vedremo’ with Maestro Nicola Luisotti for the Insights Program Concert. Other notable engagements include the role of Spirit at the Metropolitan Opera in The Sorrows of Frederick by Scott Wheeler, Roberta Alden in An American Tragedy by Tobias Picker with Glimmerglass Opera, regarding which Classical Voice America described her as ‘a strong well-rounded soprano’, and the New York City premiere of the Spanish opera Il Postino by Daniel Catàn as Beatrice Russo.

After relocating from New York City to Portland, Oregon, Ms. Isiguen made her debut as a soloist with the Oregon Symphony under the baton of Maestro Carlos Kalmar, and her Portland Opera debut as Mimì in La bohème with Maestro George Manahan to rave reviews. She looks forward to reprising the role with New Orleans Opera in 2022 with Maestro Joseph Colaneri. Opera News boasted, ‘Vanessa Isiguen brought to Mimì good looks, a lovely soprano, and loads of personality… ‘Sí, mi chiamano Mimì’ had variety and nuance from spinto bloom to light chatter.’

Ms. Isiguen was scheduled to return to Portland Opera in the 2020 season as Nedda in Pagliacci. After COVID-19 cancellations, she performed the aria ‘Dis-moi que je suis belle’ from Massenet’s Thais in the Portland Opera Virtual Benefit Concert in October of 2020.

Ms. Isiguen is of Filipino, Cuban, and Russian descent and curated a solo live stream recital presented by Portland Opera in the winter of 2020 featuring composers reflecting her ancestry such as Fernando Obradors and Sergei Rachmaninov. She was also a featured soloist with Eugene Opera for a virtual New Year’s Eve Special. Ms. Isiguen was a recent panelist for the N.A.T.S. 2020 Winter conference in which she presented a session with composer Damien Geter entitled, ‘Maintaining your Artistry amid COVID-19.’