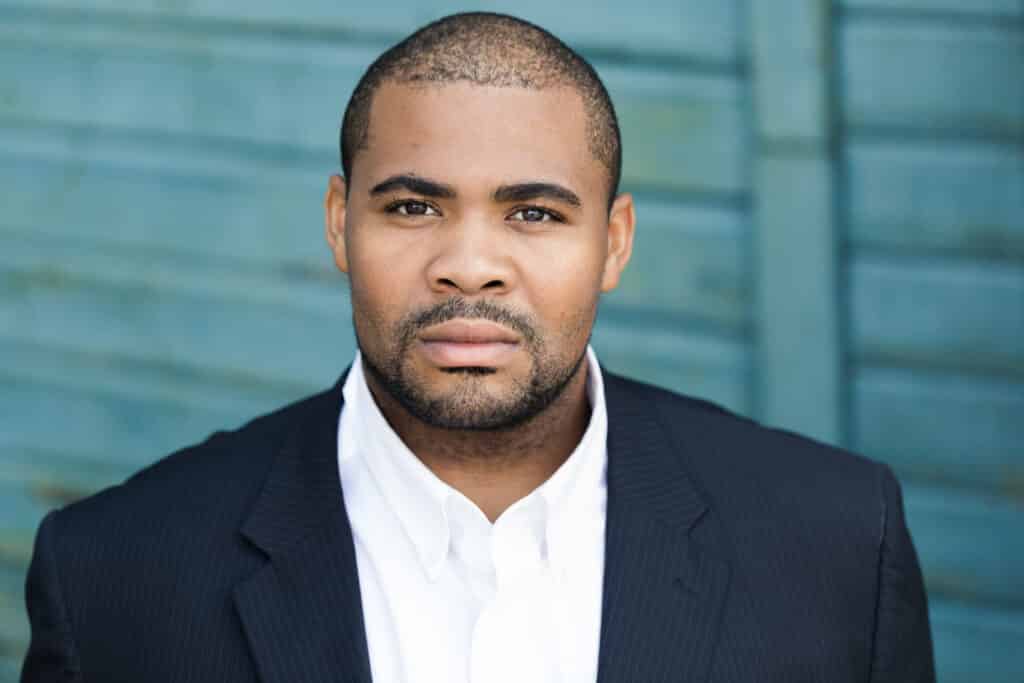 Bass-baritone Nicholas Davis is the only American ever to have won the International Antonín Dvořák competition. Inspired by multiple prize winnings and possessing unmistakable musical gifts, he is poised for major success in the opera world with his “rolling mellifluous baritone” and “significant” and “impressive” stage presence.

In 2022, Nicholas made a role and company debut as Soldier in Tulsa Opera’s production of Salome, performs Bartolo in Il barbieri di Siviglia at Brevard, sings Marcello in La Bohème with Annapolis Opera, returns to Minnesota Opera for Edward Tulane and debuts with NYCO in All Is Calm with performances in NY and the UK. In 2023 he sings the title role in Le nozze di Figaro with Knoxville Opera.

In the 2021-22 season, Nick was the baritone lead in White Snake Projects’ much-acclaimed virtual opera, Death By Life, appeared with On Site Opera in the world premiere of What Lies Beneath and The Perfect Pig, and joined Shreveport Opera as Figaro in The Marriage of Figaro.

Recent seasons have seen Mr. Davis at the Seattle Opera, Santa Fe Opera, Chicago Opera Theater, Michigan Opera Theater, Glimmerglass Opera, Minnesota Opera and Opera Ithaca, in roles as varied as The Reverend in the world premiere of Blue, Minskman in Flight, Senator Potter in Fellow Travelers, and Fred McMullin in The Fix. More traditional repertoire includes roles such as Ford in Falstaff, Harlequin in Ariadne auf Naxos, Crown in Porgy and Bess and the title role in Le nozze di Figaro.

A native of Petersburg, TN, he received his training at the University of Kentucky and the University of Michigan. In addition to the Antonín Dvořák Competition, he was a regional finalist in the 2018 Metropolitan Opera National Council Auditions and has received prizes from the International Czech and Slovak Competition, the American Opera Society of Chicago and The Santa Fe Opera.