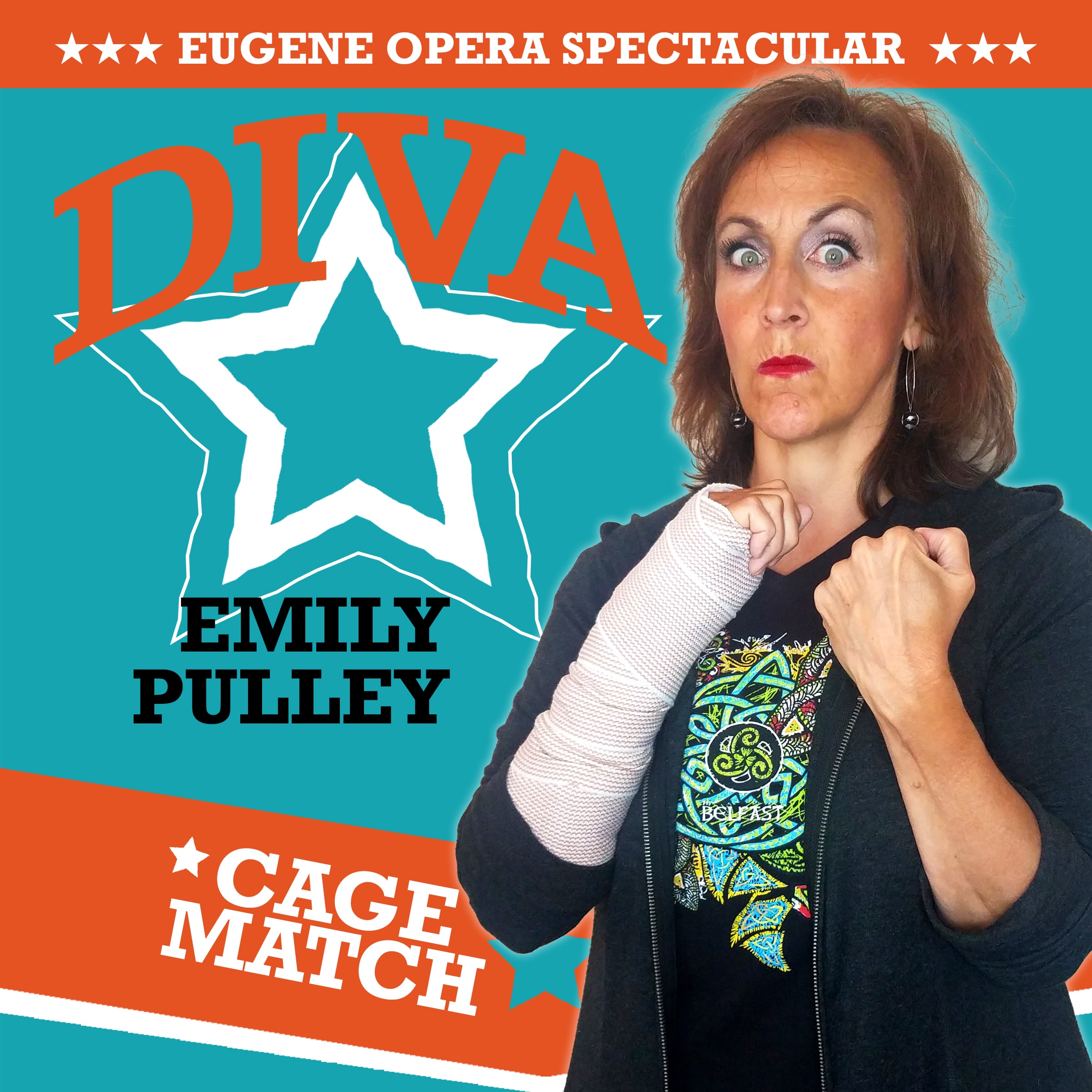 Acclaimed soprano Emily Pulley’s radiant voice and electrifying acting have won her both national and international acclaim on the operatic stages. Not settling for complacency in her already established career, Pulley continues to add some of opera’s greatest roles to her repertoire, with a recent début as the title role of Bizet’s Carmen with Central City Opera, Mrs. De Rocher in Minnesota Opera’s production of Dead Man Walking, as well as Becky in Morning Star with On Site Opera. Last season, Ms. Pulley applied her tremendous talent to Madeline in Three Decembers with Nashville Opera, Desiree in A Little Night Music with Madison Opera, Martha in Faust with Opera Omaha, and Buttercup in H.M.S. Pinafore with Eugene Opera, continuing to lay claim to some of the most luscious and comic mezzo-soprano repertoire.  This season she will join both Los Angeles Opera and the Lyric Opera of Chicago for their production of The Light in the Piazza, covering Renee Fleming in the leading role.

Other recent engagements include her performance as Beggar Woman in Sweeney Todd with Mill City Summer Opera and Madison Opera, in which critics said “the dark side hollered balefully in soprano Emily Pulley’s half-crazed Beggar Woman,” Amneris in Aïda and Mere Marie in Dialogues des Carmélites as a part of Eugene Opera’s New Year’s Eve Opera Trio concert and Mrs. P in The Man Who Mistook His Wife for a Hat with UrbanArias. Of her performance in Il tabarro with Opera Theatre of Saint Louis, “Soprano Emily Pulley makes an auspicious Opera Theatre debut as Giorgetta, perfectly capturing the character’s longing and conflict with a dark, almost mezzo voice and finely tuned acting.” As the Governess in The Turn of the Screw with Boston Lyric Opera, Opera News exclaimed, “Emily Pulley was outstanding as the embattled Governess. The role fits Pulley’s voice like a glove, and she captured the psychological complexity and heartbroken innocence of one of Britten’s great tragic characters.”

As a champion of contemporary repertoire, Emily Pulley created the role of Lysia in the world première of Mark Adamo’s new opera, Lysistrata, in her Houston Grand Opera début, which she then reprised for New York City Opera. She made her New York City Opera début as Lavinia Mannon in Mourning Becomes Electra for which she won the New York City Opera Richard F. Gold Début Artist Award. Additional contemporary engagements include the role of Peregrina in the world-première of Vià Làctea with OperaBend, performed in a John Cage anniversary event with the Center for Contemporary Opera in New York and Bea in Jake Heggie’s Three Decembers for Urban Arias in Virginia, Des Moines Metro Opera, Central City Opera, and Fort Worth Opera. Also with UrbanArias in Virigina, Ms. Pulley performed in a double-bill of the title roles in Nora, In the Great Outdoors and Alice in the Time of Jabberwock and performed in a double-bill of Amahl and the Night Visitors and The Christmas Rose with Musica Sacra Atlanta.

Operatic highlights include her return to Central City Opera as Julie in Showboat, a role she also covered at San Francisco Opera, Despina in Così fan tutte at the Nashville Opera, role débuts as Giorgetta in Il tabarro with Opera Theatre of Saint Louis, Leonora in Fidelio with Dayton Opera, Desdemona in Otello with Arizona Opera, Marguerite in Faust with Arizona Opera and New Orleans Opera and the title role of Susannah with Central City Opera and The Wexford Festival in Ireland. Further highlights include Hanna Glawari in The Merry Widow with Kentucky Opera, Rosalinde in Die Fledermaus with Virginia Opera, Minnie in La fanciulla del West with Eugene Opera and Mobile Opera, Nedda in Pagliacci with Portland Opera and Atlanta Opera, the title role of Vanessa and Donna Elvira in Don Giovanni with Central City Opera, Agathe in Der Freischütz with Opera Boston, Blanche in Dialogues des Carmélites with Austin Lyric Opera, Sarah in Jake Heggie’s The End of the Affair for Lyric Opera of Kansas City, and her début at the Royal Opera House, Covent Garden as Mimì in La bohème.

Notable concert engagements include Beethoven’s Symphony No. 9 with the Virginia Symphony Orchestra, Mahler’s Symphony No. 2 at the Chautauqua Institution, First Lady in Bernstein’s A White House Cantata with New York City’s Collegiate Chorale, Orff’s Carmina Burana with Portland Opera and Atlanta Opera, and the love duet from Tchaikovsky’s Romeo and Juliet with the Pacific Symphony.

With a frequent presence at the Metropolitan Opera, Ms. Pulley’s roles in the legendary house included Marguerite in Faust, Nedda in Pagliacci, Blanche in Dialogues des Carmélites, Gretel in Hänsel und Gretel, Anne Trulove in The Rake’s Progress, Musetta in La bohème, Valencienne in The Merry Widow, Thérèse in Les mamelles de Tirésias, Shostakovich’s The Nose and Erste Dame in a new production of Die Zauberflöte directed by Julie Taymor.

A native of Texas, Ms. Pulley received the Richard F. Gold Career Grant from Central City Opera and the Jacobson Study Grant from the Richard Tucker Foundation. She is the 2006 recipient of New York City Opera’s Christopher Keene Award, recognizing an artist’s performance in new or unusual repertoire.