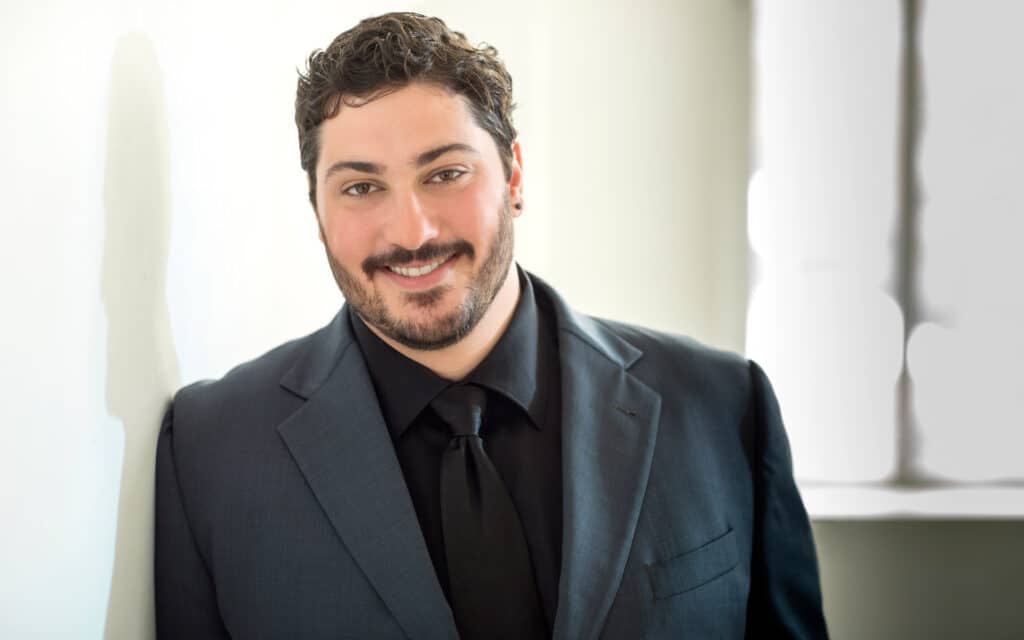 Praised by the New York Times as an “excellent tenor” with a voice that has “ping and richness,” American tenor Anthony Kalil is a graduate of the prestigious Lindemann Young Artist Development Program at the Metropolitan Opera.

In the 2013-2014 season, Mr. Kalil made his Metropolitan Opera debut as the Young Man in Die Frau ohne Schatten conducted by Vladimir Jurowski and the 1st Armed Man in The Magic Flute. He also sang the title role in Berlioz’s Benvenuto Cellini in the MET + Juilliard scenes program conducted by James Levine. In the 2014-2015 Season, Mr. Kalil covered the role of Macduff in Verdi’s Macbeth with the Metropolitan Opera.  Mr. Kalil has performed with the Metropolitan Opera, Opera Theatre of St. Louis, Santa Fe Opera, Seattle Opera, Arizona Opera, Palm Beach Opera and many others.

Most recently, Mr. Kalil made his role debut as Nadir in The Pearl Fishers with Seattle Opera. Mr. Kalil has also performed the role of Alfredo in La traviata with Opera on the Avalon in St. John’s Newfoundland, Canada. He also made his Alice Tully Hall debut in a gala concert with the I Sing Beijing Program, was the tenor soloist for Beethoven’s Symphony No.9 with the Norwalk Symphony Orchestra, sang the role of Lensky in Eugene Onegin with Vashon Opera, and participated in the I Sing Beijing Program in Beijing, China. Further career highlights include Rodolfo in La bohème, Cavaradossi in Tosca, Pinkerton in Madama Butterfly, the Duke of Mantua in Rigoletto, Canio in Pagliacci, and Gabriel Von Eisenstein in Die Fledermaus.

Mr. Kalil is the recipient of a 2014 Encouragement Award from the George London Foundation, a 2013 Sara Tucker Grant from the Richard Tucker Foundation and 2014 Richard Tucker Career Grant, Second Prize in the 2013 Gerda Lissner Competition and Second Prize from the Puccini Faundation. In the 2011 Metropolitan Opera National Council Auditions, Mr. Kalil was awarded a prize as a Semi Finalist.