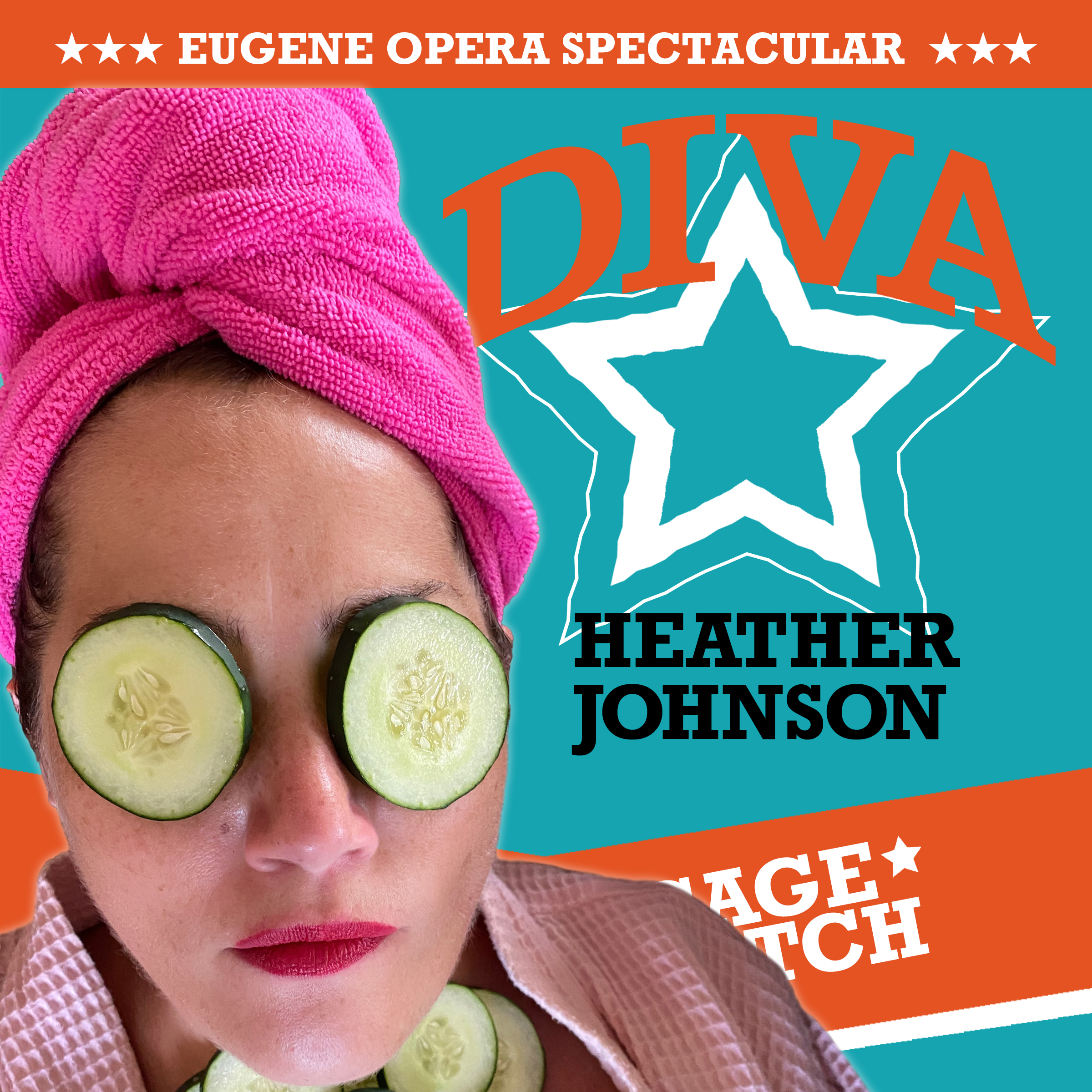 Mezzo soprano, Heather Johnson, hailed by Opera News as "a dramatic singer in the truest sense", has received critical acclaim for her work both on the opera and concert stage. This season includes a return to the Metropolitan Opera for their production of Adriana Lecourvreur, Honegger’s Le Roi David with the New York Choral Society, Beethoven’s Ninth Symphony with the Westerly Chorus, performances with Ars Antiqua and New York Festival of Song.  She will also sing Despina in Mill City Summer Opera’s production of Cosi fan tutte.

In the 2017-18 season, Ms. Johnson sang the role of Rosina in Eugene Opera’s production of Il barbiere di Siviglia. She then returned to Metropolitan Opera for their productions of Parsifal and Luisa Miller performing the role of Laura.  She received critical acclaim for her portrayal Dinah in a new production of Bernstein’s Trouble in Tahiti and Arias and Barcarolles with Boston Lyric Opera.

Other recent engagements include La Musica, La Messaggera and La Speranza in the U.S. stage premiere of Respighi’s realization of Monteverdi’s L’Orfeo with Chautauqua Opera, the title role in Rossini’s Tancredi with Baltimore Concert Opera and Opera Southwest with a national broadcast on WFMT, Jo in Adamo’s Little Women with Madison Opera, Baba the Turk in The Rake’s Progress with Boston Lyric Opera, and the title role of Lizzie Borden with BLO and the Tanglewood Festival. In 2012, Ms. Johnson made her house debut at the Metropolitan Opera as a Flower Maiden in François Girard’s acclaimed production of Parsifal; she has since returned for productions of Hänsel und Gretel and A Midsummer Night’s Dream.

Several companies welcome Ms. Johnson as a frequent guest, including Boston Lyric Opera, where she has also performed Hermia in A Midsummer Night's Dream, Zerlina in Don Giovanni; and Sarasota Opera where she has appeared as Maddalena in Rigoletto, the title character in La Cenerentola, Elizabeth Proctor in The Crucible. Hänsel in Hänsel und Gretel, and Beppe in L'Amico Fritz. She was also closely associated with New York City Opera, where she sang the roles of Meg Page in Falstaff, Flora in La Traviata, Mercedes in Carmen, and Soraya in the world premiere of Charles Wuorinen's Haroun and the Sea of Stories. Ms. Johnson is the 2006 recipient of New York City Opera's prestigious Stanley Tausend Award, presented to a deserving young artist in the season following their debut with the company.

Ms. Johnson’s other operatic performances include the title role in Carmen with the Volkstheater in Rostock, Germany, Suzuki in Madama Butterfly with Madison Opera, Dido in Dido and Aeneas with The Yard Arts Festival, the Page in Salome with The Dallas Opera, Rosina in Il barbiere di Siviglia with Mill City Opera, Zerlina in Don Giovanni and Lola in Cavalleria Rusticana with Glimmerglass Opera, and Dinah in Trouble in Tahiti with Nashville Opera.

On the concert stage, Ms. Johnson has appeared in the Met’s Summer Recital Series and has performed Berlioz’s Les nuits d’éte with the Minnesota Orchestra. She has appeared with the New York Choral Society in Carnegie Hall in performances of Berlioz’ L’Enfance du Christ, Vivaldi's Gloria, Mozart's Mass in C Minor, and Haydn's Harmoniemesse. She has sung Mozart's Requiem with both The Washington Chorus, and with the National Arts Centre Orchestra in Ottawa under the baton of Pinchas Zukerman. Operas in concert include Hedwige in Rossini's Guilliume Tell and Mallika in Lakmé with Opera Orchestra of New York at Carnegie Hall, and as Rosina in selections from Il barbiere di Siviglia with Boston Pops Orchestra. Ms. Johnson made her Italian debut in Rome singing Rossini's Stabat Mater with Maestro Paolo Olmi, which was broadcast on RAI 1, and her performance at the Stillwater Music Festival of world premiere arrangement of Grieg's song cycle Haugtussa with the renowned string quartet Brooklyn Rider was featured on NPR's "Performance Today".

Following her performance in Haroun and the Sea of Stories, Ms. Johnson became a devoted collaborator in the performance of new works. She has performed in the world premieres of The Long Walk by Jeremy Howard Beck with Opera Saratoga, Mark Adamo’s Becoming Santa Claus with The Dallas Opera, and Fierce Grace: Jeannette Rankin, a song cycle commissioned by OPERA America and performed at the Library of Congress in Washington, D.C.

A 2002 Metropolitan Opera National Council Semi-Finalist, Ms. Johnson holds a master’s degree from Manhattan School of Music and received her Bachelor in Music from St. Olaf College. A native Minnesotan, she currently resides in New Jersey.