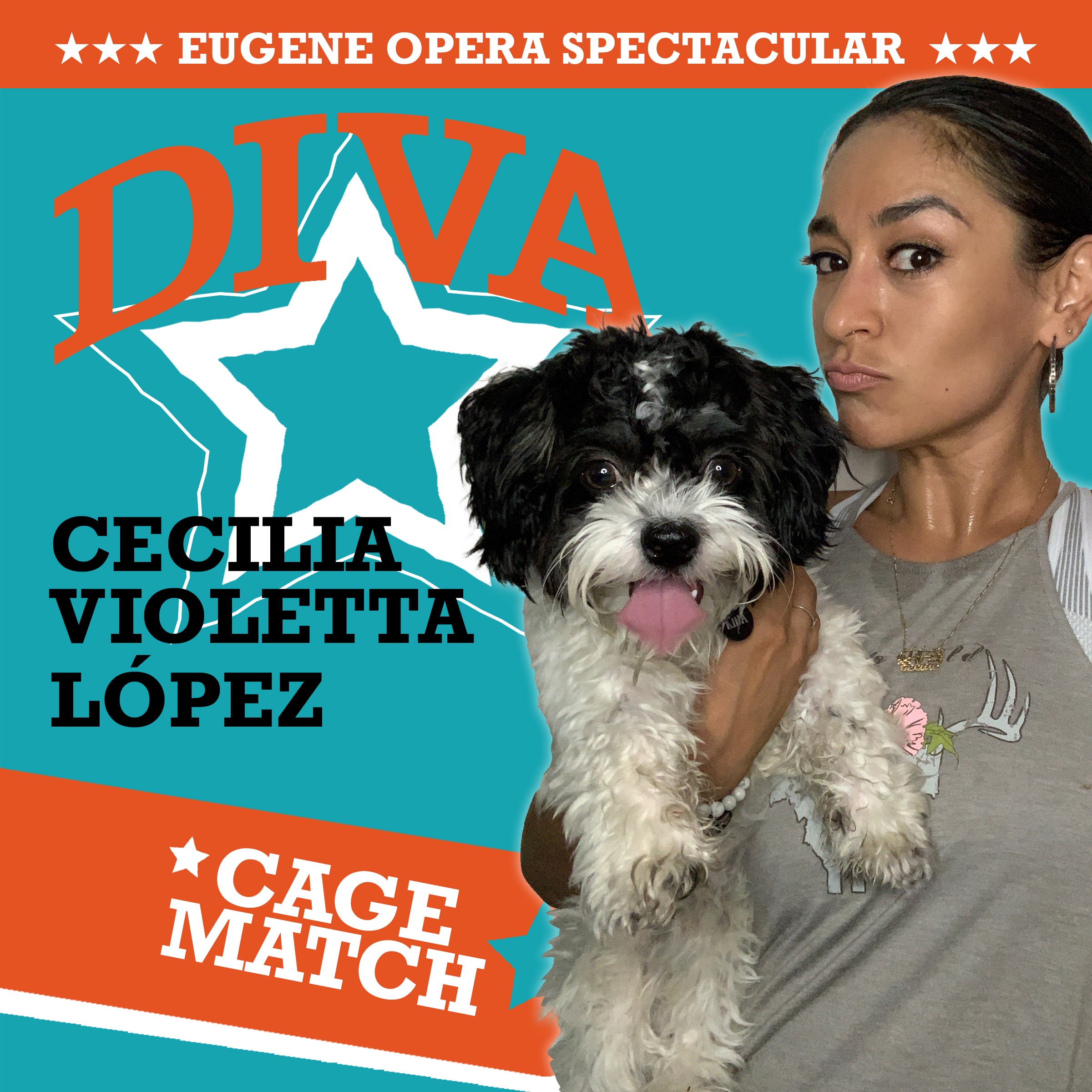 Opera News has named Cecilia Violetta López one of opera’s “25 Rising Stars.” The singing actress is constantly praised for her “alluring voice and incredible range” (Washington Times). She has received accolades for her signature role of Violetta in La traviata, which she has performed countless times throughout North America. Critic, James Jorden, exclaimed “she is a Violetta fully-formed and, I think, ready for the great stages of the world.” She has now performed the role with Minnesota Opera, Opera Colorado, Opera Tampa, Opera Idaho, Ash Lawn Opera, and Virginia Opera.

Ms. López made her European début as Norina in Don Pasquale with Zomeropera in Belgium, for which Klassiek Centraal exclaimed: “She turns out to be the revelation of the show and wins over the audience with her funny rendition, irresistible charm, and [she is] natural in the different vocals.” This season, Ms. Lopez reprises her signature role of Violetta in La traviata with Madison Opera, débuts the title role in Manon with Opera Idaho, performs Beatrice Russo in Il Postino with Opera Southwest, Nedda in Pagliacci with Opera Colorado and Liu in Turandot with Austin Opera. In addition to performing around the country, Cecilia is also working with  enthusiasts of her career on two autobiographies.

From her recent performance as Adina in The Elixir of Love with Virginia Opera, The Virginian- Pilot hailed, “Cecilia Violetta López is showing local  audiences why Opera News named her one of its ’25 Rising Stars.’ In the lead role of Adina, she hit the highest notes with ringing clarity, performed the vocal runs with precision and grace and showed a particular charm and humanity in the softest passages and lowest ranges.” In her recent performance as Marguerite in Faust with Opera Omaha, the Omaha World-Herald claimed “...López sang Marguerite’s seduction, madness and salvation with an other wordly wisdom and artistry.”

In past seasons, Ms. López has made several role débuts including her now critically acclaimed role of Adina in L’elisir d’amore with Opera Idaho and Opera Las Vegas, Mimì in La bohème with Opera Orlando, Rosalba in Florencia en el Amazonas with Florida Grand Opera, Rosina in Il barbiere di Siviglia, Fiordiligi in Così fan tutte, and Contessa in Le nozze di Figaro with Opera Tampa, Hanna Glawari in The Merry Widow with Opera Saratoga, Lucy in Fellow Travelers with Prototype Opera Festival, the title role of Suor Angelica with Opera San Luis Obispo, Magda in La rondine with Skylark
Opera Theatre, Gilda in Rigoletto with Opera Idaho, and Zerlina in Don Giovanni with Opera Tampa and Opera Las Vegas. In addition to these débuts, she reprised the role of Micaëla in Carmen with Madison Opera and joined the roster of the Metropolitan Opera in their 2015 production of The Merry Widow.

Solo concert performances include Mahler’s Symphony No. 4 and selections from Canteloube’s Chants d’Auvergne with the Henderson Symphony Orchestra, and Rutter’s Mass of the Children with the Southern Nevada Musical Arts Society. Additionally, Ms. López has performed as a soloist at an Idaho Museum of Natural History gala, various Christmas concerts with Madison Symphony and as a featured soloist in concerts with the Boise Philharmonic, Austin Opera, and the Bard SummerScape Music Festival.

Ms. López also completed a two-year-tenure as a Soprano Resident Artist at Opera San José where she performed Leïla in Les pêcheurs de perles, Rosalinde in Die Fledermaus, Leonora in Il trovatore, the title role in Suor Angelica, Lauretta in Gianni Schicchi, Nannetta in Falstaff, Gretel in Hänsel und Gretel, Donna Anna in Don Giovanni, and Cio-Cio San in Madama Butterfly. Additionally, Ms. López is an alum of the Caramoor Music Festival where she covered the role of Hélène in Les vêpres siciliennes. She is also an alum of the Hawaii Performing Arts Festival where she sang the title role in their production of L’incoronazione di Poppea. Her début of the role of Violetta in La traviata, was with Martina Arroyo Foundation’s prestigious summer festival, Prelude to Performance.

Recently, Ms. López became the recipient of an Idaho State Concurrent Resolution honoring her life as an Idahoan and her work in the world of opera. “We should be so very proud of Cecilia Violetta López. She exemplifies all that is what America is about: apply yourself, work hard, dream big, and you can achieve those dreams. She tells every Idaho girl and boy that they, too, can succeed ... no matter where they came from, no
matter how small they may start out, no matter how long their journey may appear to be. Idaho should be so very proud of this young lady and should hold her up as an example of what all Idaho children might achieve.”
--Opera Idaho Board Member, Yvonne McCoy for Senator Buckner-Webb.