This stunning set by designer Nadya Geras-Carson offers a fresh and illuminating way of seeing Mozart’s timeless classic. The scrims can be arranged in an amazing variety of ways to convey every nuance of the story, with many subtle and sophisticated touches. Yet, the set is easy to transport, making it especially attractive as a rental option for other companies.

“Geras-Carson’s vision of the Mozart opera plays heavily on the heroic journey of its protagonist, Tamino, who is challenged by a series of ordeals, from a snake he encounters in the first scene to his trials by fire and water.”

“The natural world — a romantic jungle straight from the eye of French romantic painter Henri Rousseau — will literally frame the stage in a lush faux proscenium arch. Behind that will hang a series of eight scrims, or semi-transparent curtains, also painted like the jungle.”

“ ‘That set is spectacular, isn’t it? Everybody from the get-go was charmed and taken in by her vision and brought into that world she has created,’ [Mark Beudert, Eugene Opera General Manager] said.”

Images and set rental information are below. For more information, contact us. 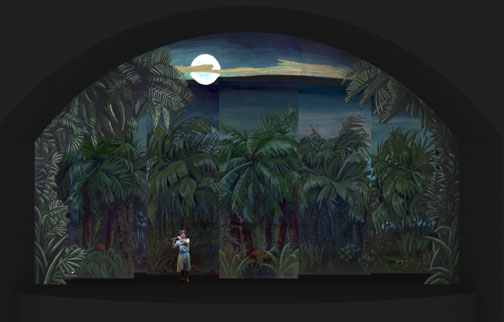 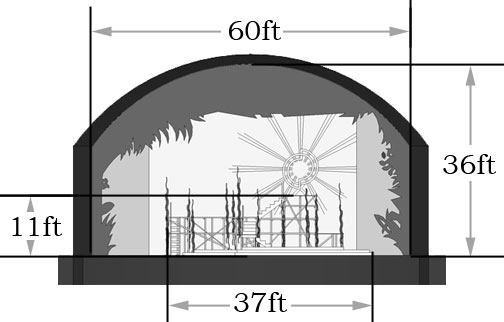 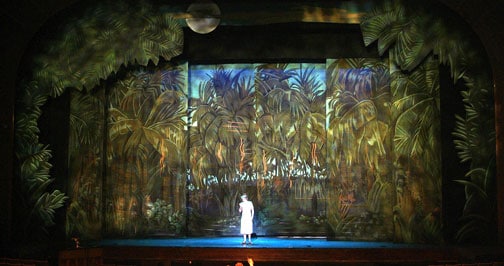 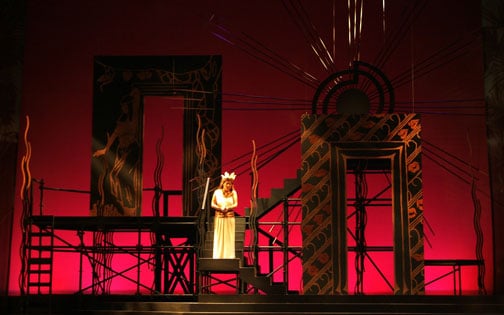 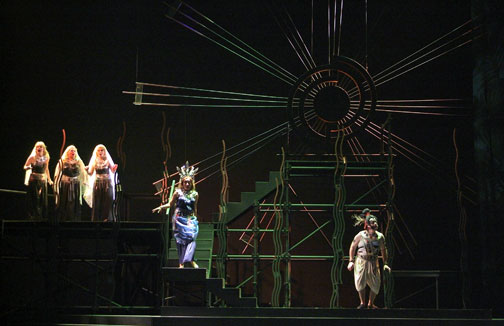 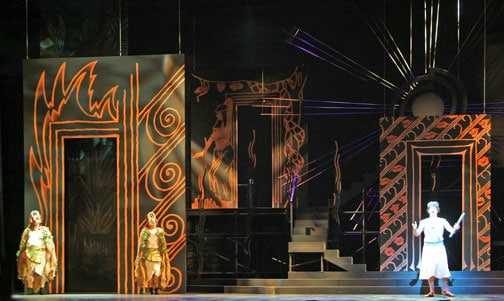 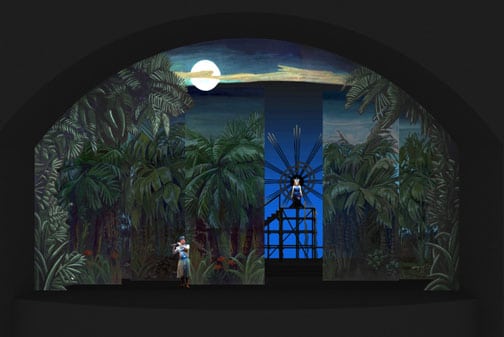 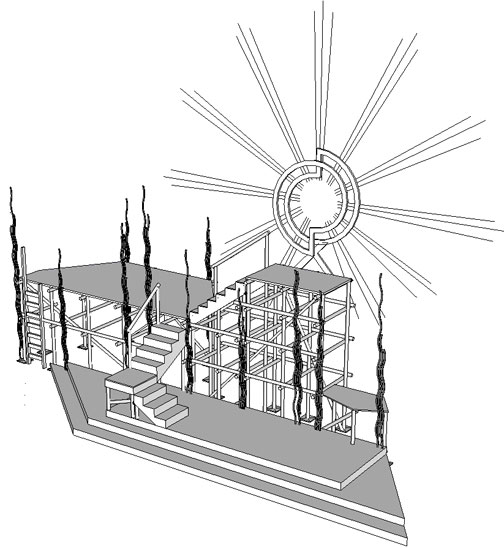 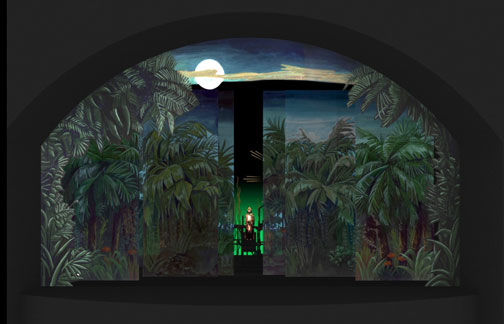 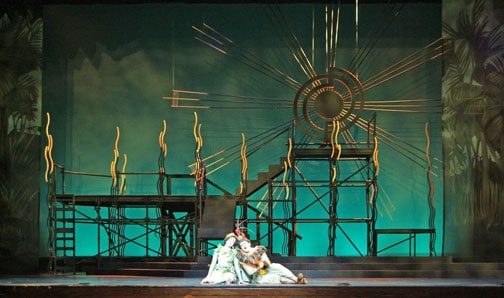 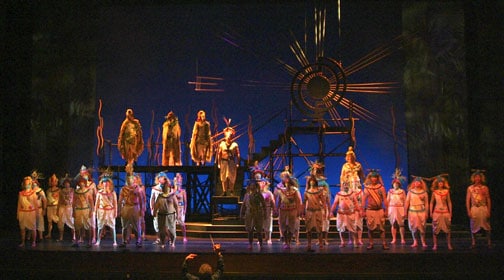 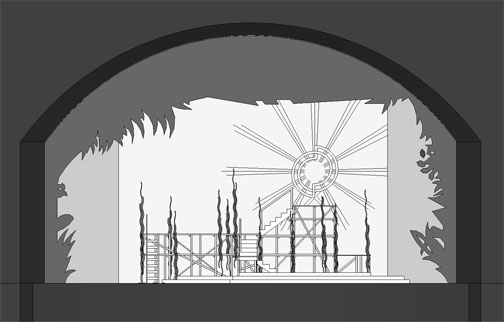