“Ahoy, you landlubbers. The lads under Capt. Corcoran’s command are scurrying about the decks of a brand new HMS Pinafore.

“And what a beauty she is, too – long, sleek and massive. Queen Victoria peers down from the ornate poop deck. Lots of doors and stairs. Rigging so tall the tops disappear. Just what set designer Don Carson intended to pop the eyes of patrons attending the Eugene Opera this Friday and next Sunday for its production of Gilbert and Sullivan’s popular comic opera.

“ ‘It’s a big jungle gym for the director to play with that has the whimsy and tongue-in-cheek nature of Gilbert and Sullivan,’ says Carson, a Disney designer who has lived in Eugene since 1995.”

Images and set rental information are below. For more information, contact us. 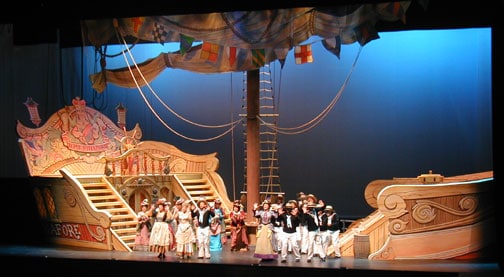 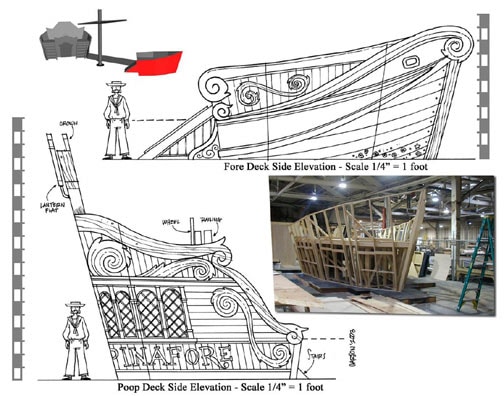 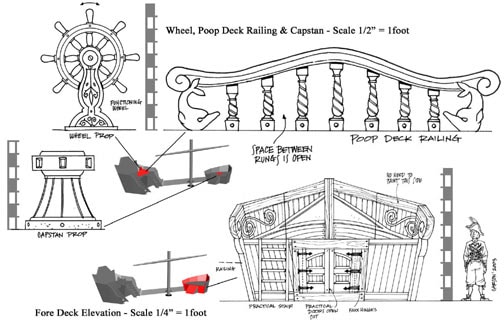 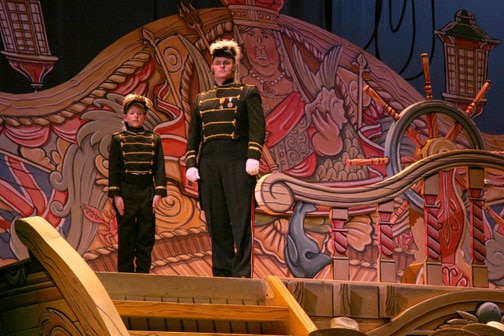 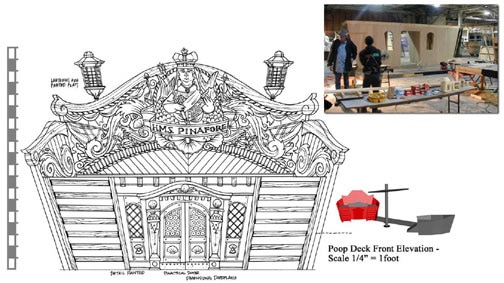 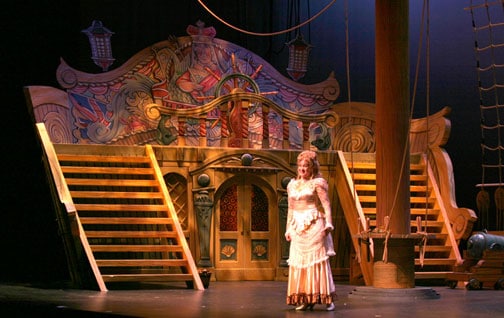 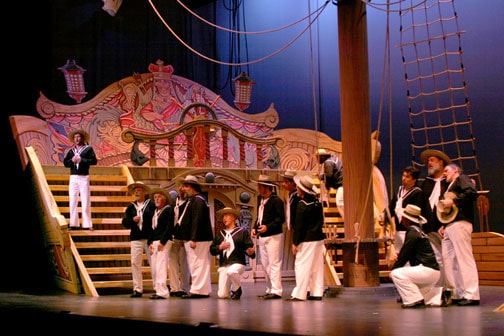 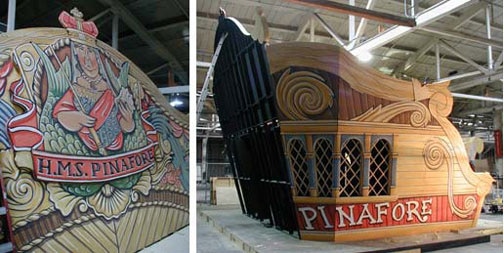